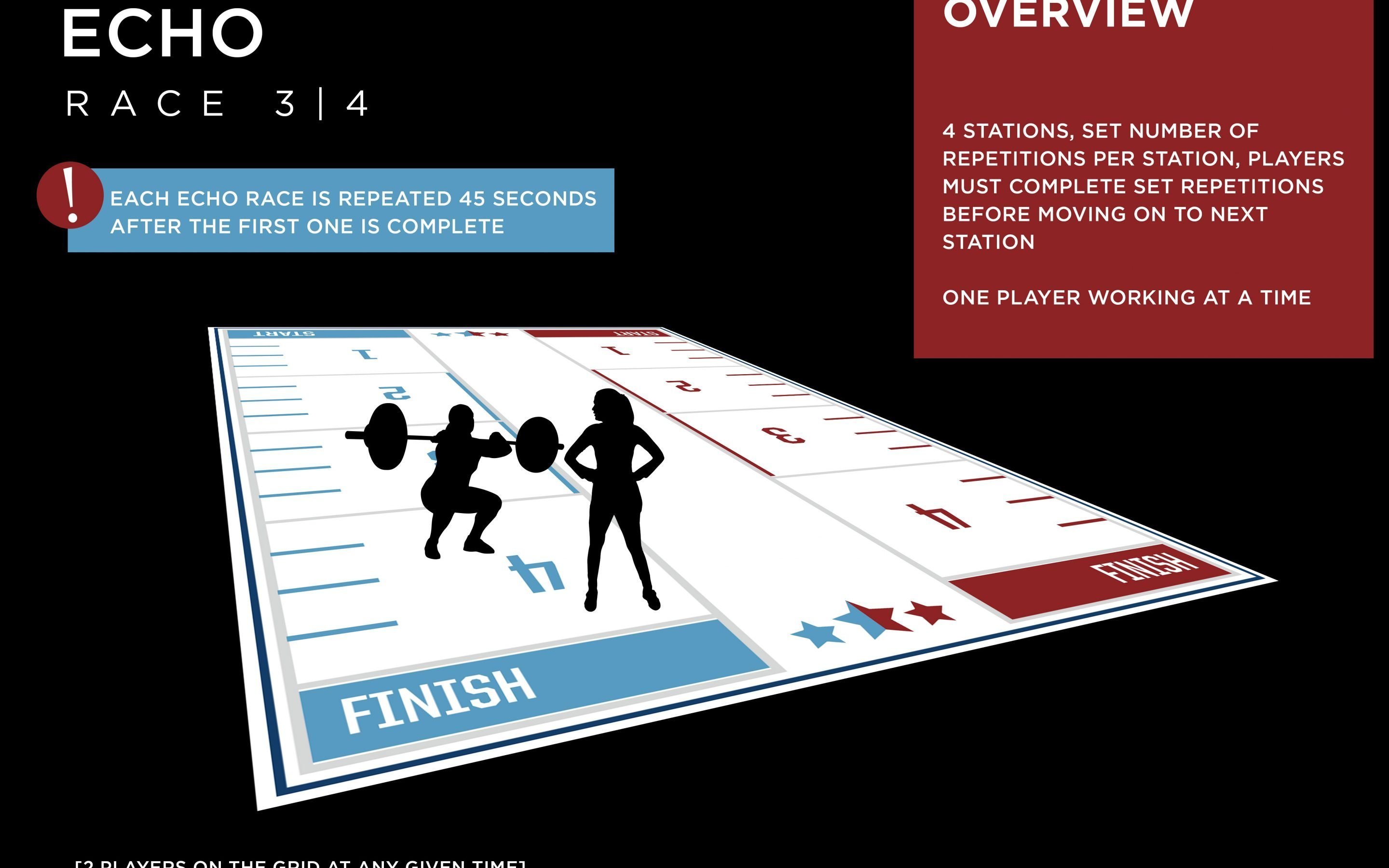 One male and one female will enter the GRID at the start of the race.  Either male or female may begin first.  If the female starts, she deadlifts the bar while the male waits.  When a switch happens, the male will clean the bar and the female may substitute while he is performing reps.  There is only ever one male and one female allowed on the GRID at a time and they must alternate performing reps.

At each ‘station,’ the total number of reps must be completed at the station, the male and female do not need to perform the same amount of reps. In other words, work per station may be split up however.  The only rule is that each station must reach the given amount of reps assigned and men and women must alternate performing reps to get to that number.

Players may begin performing reps at the next station, but reps will not count until the previous station is complete.

Time stops when both working male and female complete the final station and cross the finish line.

After Echo 1 is complete there will be a short reset and Echo 2 will begin with the same rules and scored as a completely separate race.

*** we will also accept a box assisted version of the bar muscle up. If you choose to use this version you must alert your ref prior to the first rep